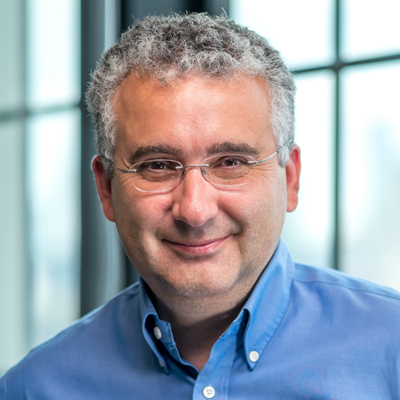 Emilio Frazzoli is a professor of Dynamic Systems and Control at ETH Zurich, and Chief Scientist of Aptiv’s Autonomous Mobility group. His main research interest are in robotics, autonomous systems, and intelligent mobility. In acknowledgement of his seminal work in these fields, Emilio has received numerous  awards, including the the 2015 IEEE George S. Axelby Award and the 2017 IEEE Kiyo Tomiyasu Award, and has been named an IEEE Fellow in 2019. Emilio has published more than 200 papers in the fields of robotics, autonomous vehicles, and drones. A former full professor at MIT, he directed the research group that first demonstrated an autonomous mobility (“robotaxi”) service to the public, and performed the first analysis of the social and economic impact of such a service, based on real transportation data. In 2013 he founded nuTonomy with Karl Iagnemma, and served as its Chief Technology Officer until its acquisition by Aptiv in 2017.