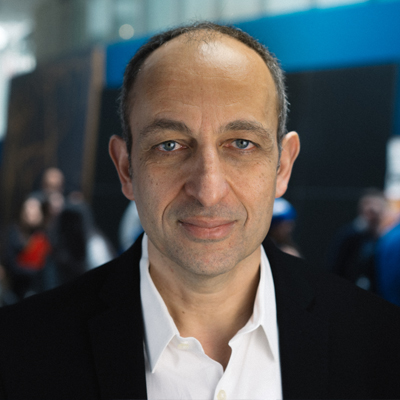 Professor and Director, Institute for Data, Systems, and Society, MIT

Munther A. Dahleh received his Ph.D. degree from Rice University, Houston, TX, in 1987 in Electrical and Computer Engineering. Since then, he has been with the Department of Electrical Engineering and Computer Science (EECS), MIT, Cambridge, MA, where he is now the William A. Coolidge Professor of EECS. He is currently the Director of the newly formed MIT Institute for Data, Systems, and Society (IDSS) and also a faculty affiliate of the Sloan School of Management. Previously, he held the positions of Associate Department Head of EECS, Acting Director of the Engineering Systems Division, and Acting Director of the Laboratory for Information and Decision Systems.

Dr. Dahleh is interested in Networked Systems with applications to Social and Economic Networks, Transportation Networks, Neural Networks, and the Power Grid. Specifically, he focuses on the development of foundational theory necessary to understand, monitor, and control systemic risk in interconnected systems.

He is a four-time recipient of the George Axelby outstanding paper award for best paper in IEEE Transactions on Automatic Control. He is also the recipient of the Donald P. Eckman award from the American Control Council in 1993 for the best control engineer under 35.