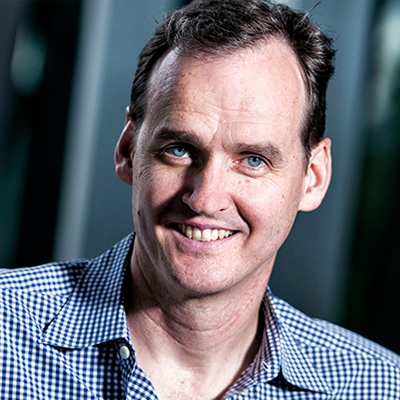 Peter Bartlett is a professor in the Computer Science Division and Department of Statistics and Associate Director of the Simons Institute for the Theory of Computing at the University of California at Berkeley. He is the co-author, with Martin Anthony, of the book Learning in Neural Networks: Theoretical Foundations, has edited four other books, and has co-authored many papers in the areas of machine learning and statistical learning theory. He has served as an associate editor of the journals Machine Learning, Mathematics of Control, Signals and Systems, the Journal of Machine Learning Research, the Journal of Artificial Intelligence Research, the IEEE Transactions on Information Theory, Bernoulli, and Mathematics of Operations Research, as a member of the editorial boards of Machine Learning, the Journal of Artificial Intelligence Research, and Foundations and Trends in Machine Learning, and as program committee co-chair for the Conference on Computational Learning Theory and the Neural Information Processing Systems Conference. He has consulted to a number of organizations, including General Electric, Telstra, and SAC Capital Advisors. He has been a Miller Institute Visiting Research Professor in Statistics and Computer Science at U.C. Berkeley (Fall 2001), a fellow, senior fellow, and professor in the Research School of Information Sciences and Engineering at the Australian National University’s Institute for Advanced Studies (1993-2003), an honorary professor at the University of Queensland and a visiting professor at the University of Paris. He was awarded the Malcolm McIntosh Prize for Physical Scientist of the Year in Australia in 2001, and was chosen as an Institute of Mathematical Statistics Medallion Lecturer in 2008, an IMS Fellow and Australian Laureate Fellow in 2011, and an ACM Fellow in 2018. He was elected to the Australian Academy of Science in 2015.